Here is the link for this week's High Plains IPM Podcast:

Mark your calendars for the High Plains Field Scout School, May 27, 2022 at the Bailey County Coliseum! 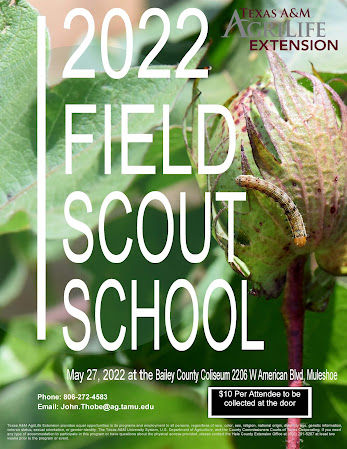 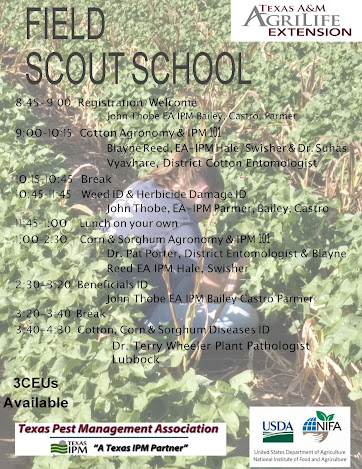 Posted by Blayne Reed at 3:33 PM No comments: 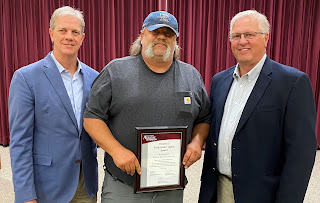 Blayne has just started his 10th year in his current role as Integrated Pest Management Agent.  Prior to his stent with Texas A&M AgriLife, Blayne owned and operated a private entomological and agronomic consulting business, Reed Consulting, in the same region for 13 years.  In his current position Blayne advises and consults through the Plains Pest Management scouting program, its participating growers, and his IPM Unit  on about 6,500 acres of cotton, corn, sorghum, wheat, alfalfa, and other hay crops in Hale and Swisher Counties and normally conducts around 20 locally conducted independent agriculture research trials annually.

In 2021, the Hale and Swisher IPM Unit Program was survey estimated by participants to bring a value of $13.5 million dollars to the region in both cost savings from improved pest management practice education and by evaluating and helping to integrate agricultural innovations locally.

Posted by Blayne Reed at 9:45 AM No comments: