How to Scout for Cotton Harvest Aid Needs : How To Videos

Dr. Pat Porter, District 2 Entomologist, and Kerry Siders, EA-IPM Hockley, Cochran, & Lamb, shot two cotton videos to finish out our how to scout cotton series for now.  They are posted on our YouTube channel.

Green cloverworms in alfalfa and soybeans


Green cloverworms in alfalfa and soybeans

We are having some more ‘excitement’ on the pest front this week, this time on soybeans.  There are not many acres of soybeans in the area, and we have none in our scouting program, but this pest looks to be very serious.  The following was released by Dr. Pat Porter, District 2 Entomologist, earlier today on the districts Focus on Entomology blog:

If you are growing soybeans or alfalfa on the Texas High Plains it would be a good idea to scout for green cloverworms. I was in a soybean field near Ralls earlier in the week that had approximately 8 larvae per plant, and I just got a call about soybeans near Clarendon that were heavily infested.

In both cases the people making the reports thought the worms were soybean loopers. It is easy to tell the two caterpillars apart because loopers have two pairs of prolegs on the abdomen while the green cloverworm has three pairs. Loopers are fairly lethargic, but green cloverworms hop around quickly when disturbed. 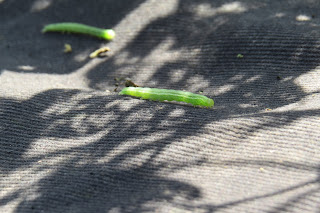 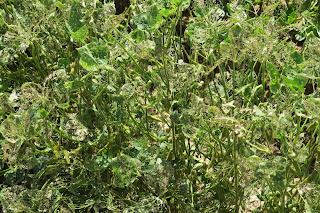 
Fortunately the green cloverworm is only a leaf feeder in soybean and it does not damage pods. For alfalfa here is a quote the Oklahoma guide, "These defoliators are rarely a significant problem in established alfalfa, although seedling stands can be heavily damaged by their feeding." However, if there are enough of them present they can cause defoliation, which in turn will reduce the amount of nutrients the plants can store for overwintering.

For soybeans, University of Tennessee has good list of insecticides in their publication here. Oklahoma State University has control suggestions for alfalfa here.

In a jaunt through Floyd today, every soybean field I came across that was not maturing passed damage (5 total fields) has these green clover worms at the same high level. Here are some additional photos from the damage in Floyd that I took today, 9/8/2016. 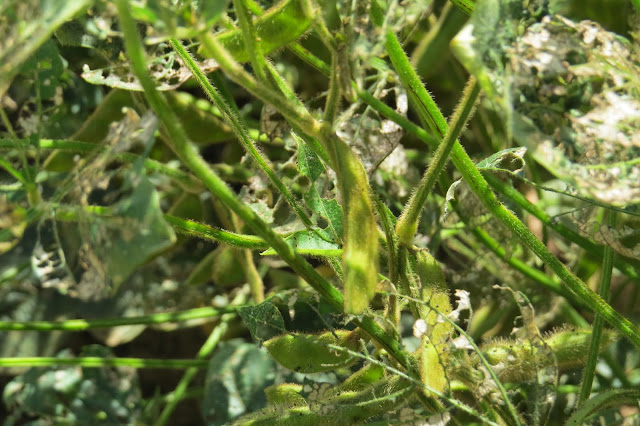 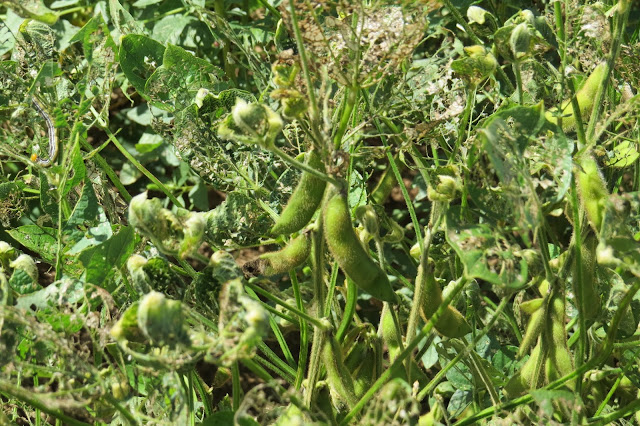 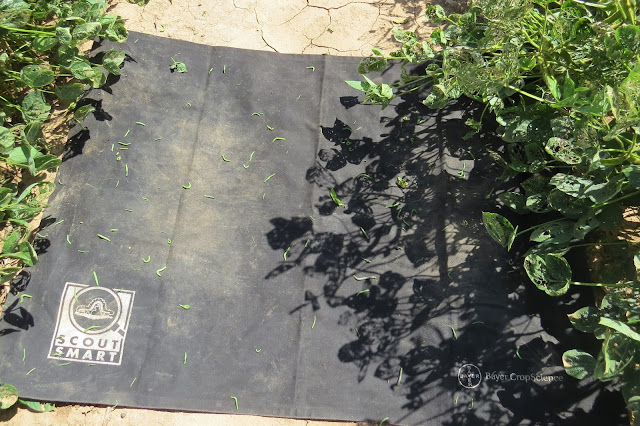 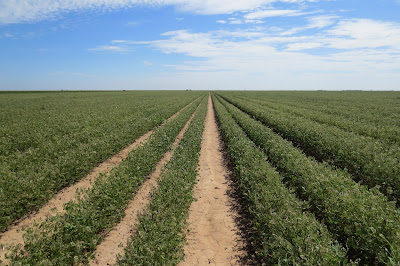 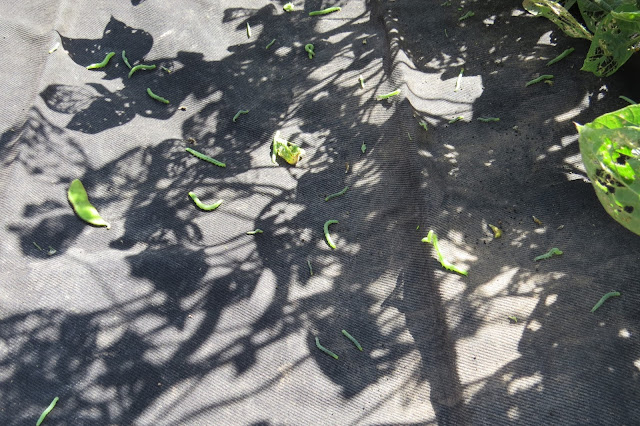 Posted by Blayne Reed at 6:03 PM No comments: