This Week’s Fall Armyworm Numbers Up

Dr. Pat Porter, District 2 Entomologist, wrote this in his September 22 release of Focus on Entomology:

Fall Armyworm Trap Captures Very High
As we start to wind down the season there has been a late surge of fall armyworm moths captured in the Lubbock traps. This puts late sorghum at risk of headworms. It also puts very late planted corn at risk of fall armyworm infestations in the ear. 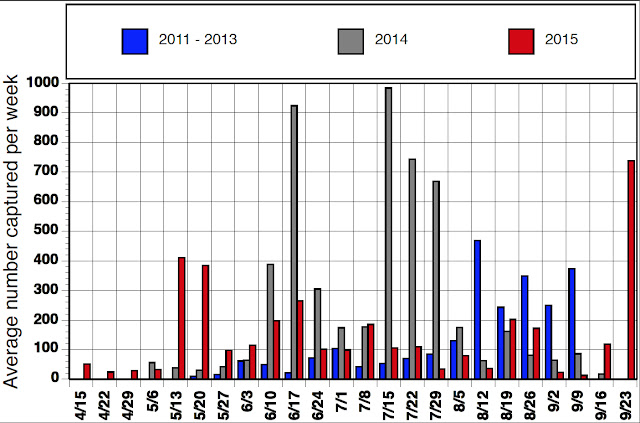 Jason Miller, CEA – Hale, is continuing to operate our Hale County FAW traps for us.  These were his numbers this week: 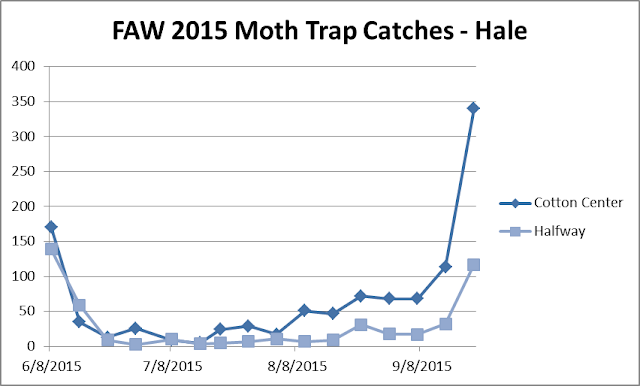 Any late sorghum and late corn, particularly any pre-dent non-Bt or weaker Bt corn and soft dough sorghum, will be at serious risk of FAW damage this week.  This risk might even be higher on the latest of these fields due to the fact that most other crop and non-crop host plant options for FAW have finished the season out and are unattractive as hosts leaving some focused pest interests on these fields.  Early planted or recently planted wheat is also at serious risk from these FAW that could threaten stand establishment.

Blayne Reed
Posted by Blayne Reed at 8:38 AM No comments: